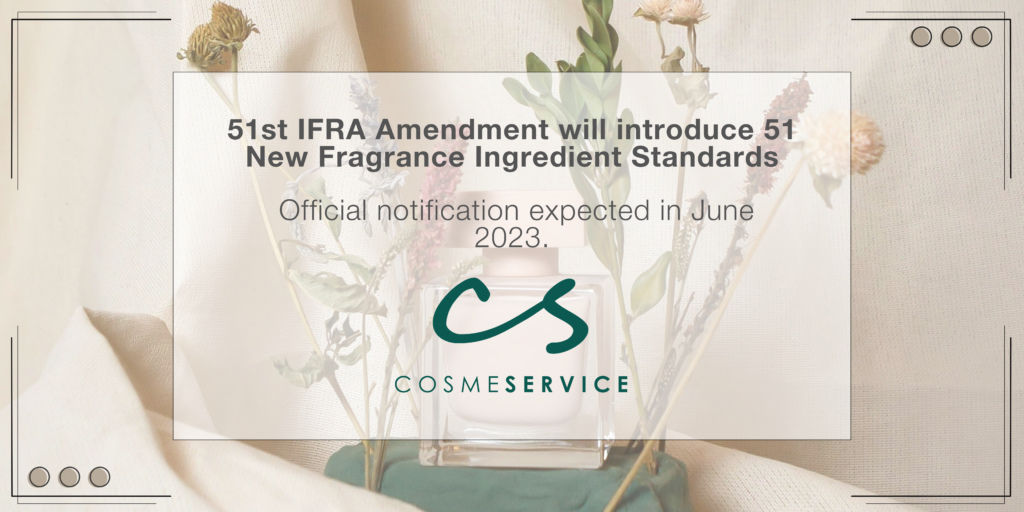 IFRA (the International Perfumery Association), is the main self-regulatory association of the fragrance industry. IFRA is preparing the 51st Amendment to its standards, which has been open for consultation from June 30 to November 30 and has been extended until February 28, 2023, in order to give the industry the opportunity to present its observations.

The standards are set by consensus, placing homogeneous rules on fragrance ingredients that allow manufacturers to work with safety guarantees. Compliance with IFRA standards is mandatory for all its associates, including companies belonging to IFRA member associations.

There are numerous changes and adaptations that the cosmetics industry must face continuously to adjust to the standards and regulations set in Europe and around the world. From Cosmeservice we want to keep you up to date with all the changes that affect the sector, in order to anticipate and be prepared for the entry into force of new standards and regulations.

Please contact us at info@cosmeservice.com if you need any advice about this subject.

ACEPTAR
Aviso de cookies
We use cookies to ensure that we give you the best experience on our website. If you continue to use this site we will assume that you are happy with it.Ok